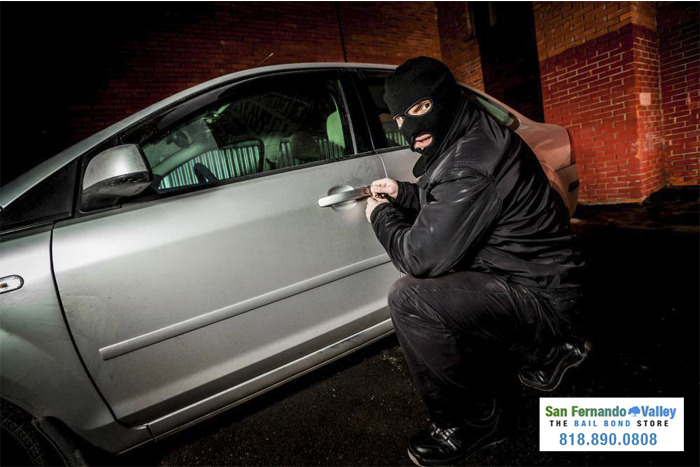 The L.A.-Long Beach-Anaheim metropolitan area saw a total of 57,247 cars stolen last year, according to the National Insurance Crime Bureau, almost twice as many as closest rival San Francisco’s 30,554 and more than double Houston’s 25,433 or New York-New Jersey’s 22,391.

And it wasn’t just the big cities where cars were stolen. On a per capita basis, California claimed eight of the top auto theft rankings.

Modesto took the No. 1 spot, with a rate of 756 vehicles stolen per 100,000 residents. Not far behind were Bakersfield, Salinas, the San Francisco-Oakland area — which held the top spot in 2014 — the Stockton-Lodi area, Merced, the Riverside-San Bernardino-Ontario area and the Vallejo-Fairfield area.

Los Angeles, despite its high overall numbers, ranked only 26th in per capita thefts.

The national numbers increased about 1% from 2014 to 2015, the insurance group said.

But the agency stressed in its annual “Hot Spots” survey that vehicle thefts are half what they were in the 1990s and “are down dramatically around the nation over the last several years.”

“A numeric increase in thefts for one or two years in the midst of a multi-year declining trend is really nothing to get excited about,” the group’s public affairs director, Frank Scafidi, said.

The bureau’s report also included several tips for automobile owners eager for their cars not to contribute to next year’s list of auto theft hot spots.

Remove your keys from the ignition is the first suggestion, followed by “lock your doors” and “park in a well-lit area.”

If all those fail, the organization suggested, there also are tracking devices that can help citizens locate and retrieve their automobiles once they disappear.