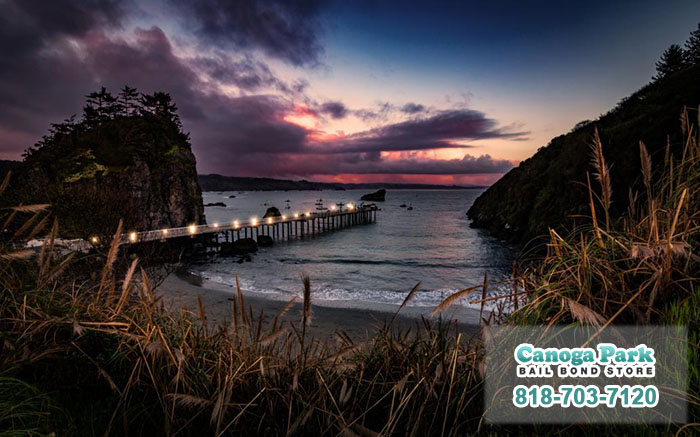 California is a magical place that captures many people’s attention. Magical people, views, and sights seem to gather in the best places. California is a pretty cool state, there isn’t any debate over that. California has beaches, sand dunes, amusement parks, and giant redwood trees. It’s hard to believe that California could get any better. However, California is still glowing up.

If you’ve been to any San Diego beaches lately you saw a kind of glow up that is memorizing. The ocean is a magical place and is always changing. Every so often, our oceans and beaches in California change a little. Usually it’s just the tides, but sometimes the changes in our beaches are more chemical, or plant influenced. Whenever there is a change in our beaches, we tend to worry that it has something to do with climate change, or global warming. Luckily for us, this change had nothing to do with either.

There is an algae in the ocean called dinoflagellate that blooms every few years. These algae can be found in several beaches, but are particularly common in the waters of San Diego. When this algae blooms it turns the ocean water red during the day. The beaches turn into a red soupy mixture. Locals in San Diego call it the “Red Tide.”

If the red water itself doesn’t memorize you, just wait for it at night. The dinoflagellate glows bright blue. The algae just need to be moved around by a wave, or a person and it gives off a bioluminescent glow. The last time the shores of California glowed like this was back in 2013. Scientist have a hard time predicting when the algae will bloom, making forecasting this event difficult.

California likes to enchant its occupants. However, it’s not the only place in the world where you can find this bioluminescent algae. There are beaches in both Maine and Australia that host similar phenomena. Before you jump into your swimsuit and head out into the water you should know that high doses of dinoflagellate from the Red Tide could make you sick.

The reason is that there is more bacteria in the water at the time of a Red Tide. Instead of jumping into the water, try sitting back on the beach and simply watching California’s glowing beach.