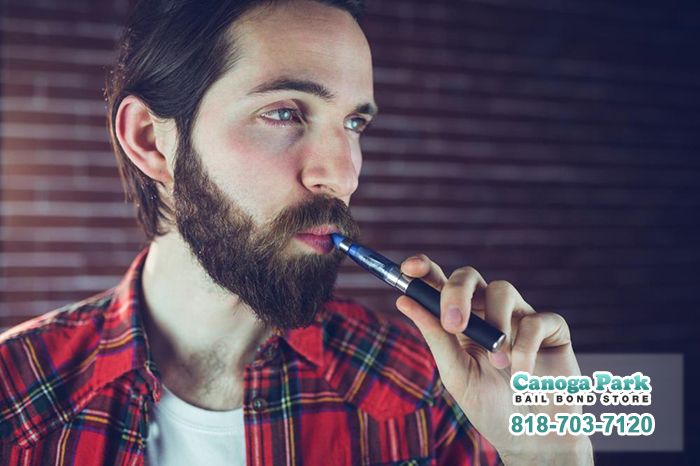 It’s a nice sunny day and you’re walking around outside. You’re strolling by some of your favorite shops on Main Street. The flowers are in bloom, and the fresh, crisp air smells amazing. As you’re window-shopping, looking for anything and everything, you notice a low hanging cloud.

This low hanging cloud is an odd shape. It lingers and then disappears. You catch a whiff of strawberry, coconut, and cheesecake. You’re confused because you’ve made it to the part of the street where there are no strawberries, coconuts, or cheesecakes around. Then another cloud appears, and it smells the same. You start following this trail of clouds. Eventually you realize where the clouds are coming from.

Your detective skills have led you to a person further down the street. It’s like they’re smoking a cigarette, but cigarettes don’t smell this good. It’s definitely not marijuana, because you do not smell skunk. You’re now curious as to what this cloud is and how it come to be.

When you ask this cloud making person, you find out about vaping. This new age thing is something that all the cool kids are doing apparently. Vaping is similar to smoking a cigarette, except it has different levels of nicotine, and no tobacco. Vaping is essentially smoking water vapors and flavors. However, there is more to it than that.

Vaping is usually done with an electric vaporizing contraption. You can put whatever you want in it and smoke it. If you want to smoke marijuana in one, you can with the right tools. Being able to control what you’re smoking has some benefits.

If you’re trying to quit smoking you can switch to vaping and control the amount of nicotine you get. You can purchase liquids to smoke with different levels of nicotine and eventually wean yourself off smoking.

It is important to know that even through vaping doesn’t seem dangerous, it still can be. You’re still smoking, or inhaling things into your body. Toxins, carcinogens, and other chemicals can enter your body from vaping. It’s important to be aware of what you are putting into your body. According to Vaping 360, a website designed to inform its audience of what vaping is, Popcorn lung can occur from vaping. Popcorn lung is a condition cause by inhaling too much artificial flavoring. Artificial flavoring is what is used in most liquids for vaping.

In addition, vaping devices can also explode. There have been several new stories including a vape exploding in someone’s face as they used it. They may overheat, or malfunction. This is a whole other kind of popcorn effect. There are several ways to prevent or limit the chances of this happening, but you can always just avoid vaping to avoid having it explode in your face.

Vaping is cool to some people. The cloud of fruity smells captures people’s attention all the time. The white fluffy clouds are mystifying. However it’s important to know that vaping can be addictive, and is considered a gateway to smoking other things. If you’re really fascinated by the clouds vaping produces, maybe you should go out and look at some real clouds.